When I listen to what is going on in our world today, I feel like the things I am hearing make no sense. Logical thinking seems to have been replaced by exaggeration, pontification, fabrication and ideas contrived to cause fear, increase power through compliance and steer people in a certain direction.

The definition of logic means a proper or reasonable way of thinking about something: sound reasoning; a science that deals with rules and processes used in sound thinking and reasoning. During most of 2020, we were asked to do or told not to do so many things that defied sound reasoning or logic.

The exposure to the COVID 19 virus was real, but was also used by many in power, through the media, to invoke fear and secure control. I think precaution was definitely needed, but some of the measures of precaution that were mandated made no logical sense. People could riot in the streets, yet people could not meet in churches to worship God. Restaurants were closed for a while, but when they reopened, they had to close early. It was not logical to assume the COVID virus was nocturnal; that a person would be safe from exposure from 10 a.m. to 8 p.m., but be in danger of exposure after 10 p.m. It also defied logic to think that a person should wear a mask in an eating establishment until the food arrived, but then the person could take their mask off. Actually, that person was probably more exposed while eating than they were at any other time in their dining experience.

Or maybe someone could explain the logic that people must maintain a safe distance of six feet from each other, even when outside. However, when flying in an airplane, you could sit within inches of each other, in a closed environment, where people were allowed to remove their mask once again to eat or drink. Another mandate that seems illogical is that some schools are still closed when children are not at risk, unless they have underlying medical conditions, and we now have vaccines for teachers. Even in those schools that have opened, children are required to wear masks for prolonged periods and disciplined if they do not.

These are just a few of the illogical rules and restrictions concerning COVID. It’s almost as if this strange virus not only affected many thousands of people physically, but it also attacked the brain’s frontal lobe of many of our decision makers, hindering the process of logical thought.

For instance, the government mandate, allowing boys, who think they are girls, to compete athletically with girls is not logically fair. Biologically, females have 37-68% of the muscle strength of males. Males generally have more upper body strength than females. Sure, there are many girls that work out and have more strength than males who do not. However, we are talking about people who have trained for the same sport or event. If you have studied even basic anatomy, it is impossible to logically say that males and females are anatomically the same just because they think they are.

Another illogical proposal, due to COVID risk in prisons, is to release prisoners, who could be a danger to society, while at the same time reduce funding for our police force, who are the ones who risk their lives to protect us. Also, during this same time, people who had not been tested for COVID were allowed to pour across our border illegally, while legal citizens’ travel was restricted unless they had proof of a negative COVID test within 48 hours of travel. Does that seem logical to you?

It makes no logical sense the way our leaders today are defining racism. I absolutely agree that there are prejudices and discrimination directed at every race to some degree. In fact, if we look deep and are honest, we all struggle with prejudices that we should pray God will help us be aware of and overcome. However, when we hear that organic food, the game of Monopoly, math, certain fonts, and Dr. Seuss books, just to name a few, are racist, where is the logic in that? What that does is water down and confuse the real issues of racism.
These are just a few examples of things that have made me shake my head in amazement and wonder where logical thinking has gone in today’s world.

So how should we interact or respond when faced with illogical mandates or illogical ideas?

Be Aware:
– Understand where these ideas are coming from. Consider the source.
– Know the difference between what is truth and what is manipulation.
– Realize that we have been created with the ability to think and process without someone else telling us what we should believe.

Be Intentional:
– Think through an idea to its logical conclusion before accepting it.
– Be prepared to stand for what is right, as crazy, illogical ideas are touted and spread.
– If you are being told something that is contradictory to what you believe is true, research where the information is coming from, who is saying it, and what information there is to back it up.

I love what the Apostle Paul told Timothy in 1 Timothy 6:20 “O Timothy, guard the deposit entrusted to you. Avoid the irreverent babble and contradictions of what is falsely called ‘knowledge.’”

Wise words from a godly man! 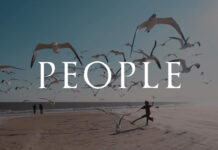 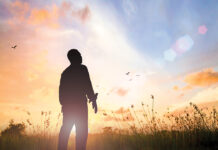 What Ever Happened To: Humility?

A Pastor’s Ponderings: When God Changes Your Course