Home Musings The Road to Redemption: The Story of Ashley Vannoy – Small Groups...

Small groups, life groups, and connect groups seem to be all the rage in Christian circles nowadays. There are so many devotional books and courses available that it would be impossible to take advantage of each one in any lifetime.

You may wonder why this is. Why do Christians even want to get together and do life together? I have an unbelieving friend who, one time a few years back, expressed her confusion over why it was so important to me to spend time around my Christian brothers and sisters. We weren’t partying or clubbing or bar hopping, so she couldn’t grasp how we could have a good time just being together, praying for one another and sharing our good times and struggles with each other.

Ashley Vannoy, a native of Pensacola, knew Jesus for quite a while before she discovered one of the secrets to encouraging spiritual growth and that happened when she joined a small group at Destiny Worship Center. Ashley’s career is in Commercial Banking and, as she pointed out, “if you’re in a corporate environment you’re constantly pushed to do more. Learning what it looks like from the Kingdom perspective has changed me. I didn’t live by faith but deal to deal.”

She came from a charismatic background and wanted to live the Christian lifestyle, but has, in her own words, “only been living by faith recently by participating in small groups.” Even though she’s known Christ for a long time, being part of small groups has made a tremendous impact on her.

The concept of small groups is reminiscent of the early church where they met in each other’s homes to worship and break bread together. Remember in the Book of Acts when Herod threw Peter into prison? A small home church stayed in prayer all night for his release, and God mightily answered their prayers.

One of the first small groups Ashley joined was a “back to basics with a simple format to get habits together to lead a Christian life.” As a long-time Christian she wasn’t convinced that this simple curriculum was what she needed, but she discovered that it was well done and arranged to “maximize the benefit for each person.” She experienced complete house cleaning after six weeks.

During her time in various small groups Ashley really began to mature in Christ. It’s not just that she has grown, but that she’s also been able to participate in the growth of members in her small group.

There’s something very powerful when we pray with and for one another. The Holy Spirit is released to work in hearts, accomplishing great things for God that wouldn’t have happened otherwise.

The church, in its infancy, was known to spend time with each other going from house to house. This daily fellowship not only encouraged them to be bold in their faith, but it allowed the new believers to help each other as needed. The scripture calls us a family. Close families do more than get together once a year for a reunion. They find the time to be with each other on a regular basis.

In her small groups, Ashley has learned to “put your trust in the Lord 100% and trust Him even when you don’t understand.”

You can hear Ashley’s complete story and listen to many other incredible interviews on the weekly Road to Redemption radio show and podcast at www.roadtoredemptionpodcast.com. 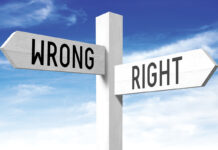 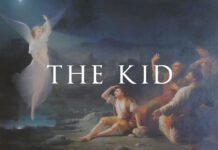