The seventh annual Emerald Coast Classic college basketball tournament, presented by Global Sports, will be played Thanksgiving weekend Nov. 26-27 at The Arena on the campus of Northwest Florida State College. Area basketball fans can purchase tickets now, from $15 on the ticket link on the official tournament website, www.emeraldcoastclassic.com.

The championship game on Nov. 27 will tip off at 6 p.m. Central Time at The Arena at Northwest Florida State College with the third-place game set for 3 p.m.

“Because of the popularity this tournament has achieved on the national level, we want to give Northwest Florida State basketball fans as well as area fans from the Destin and Fort Walton Beach area an opportunity to purchase tickets in advance before we make them available for fans of the participating teams,” said Maury Hanks, tournament director of the Emerald Coast Classic.

It will be a homecoming of sorts for second-year Wake Forest head coach Steve Forbes, who served as head coach at Northwest Florida State College from 2011-13, guiding the Raiders to a 62-6 record.

“The Emerald Coast Classic is one of the top men’s tournaments in all of college basketball,” said Forbes. “Maury Hanks (tournament director) does an unbelievable job running a first-class event. “Northwest Florida State is a very special place to me and my family. I can’t think of a better place to spend Thanksgiving with our team and our fans than Niceville and Destin while playing in such a prestigious event.”

LSU, under the guidance of head coach Will Wade, enjoyed a top 10 incoming recruiting class after competing in the NCAA Tournament for a second straight year.

“We are looking forward to participating in this year’s Emerald Coast Classic Thanksgiving weekend, “Wade said. “There are three other outstanding teams on our side of the bracket that we look forward to playing and I’m sure LSU fans, who already love the Destin area, will enjoy watching some very exciting college basketball there come this November.”

Wayne Tinkle has guided teams to five NCAA Tournament appearances during his 16 years as a collegiate head coach including leading Oregon State to the Elite Eight of the 2021 NCAA Tournament.

“We’re really excited with our opportunity to play in the Emerald Coast Classic, one of the premier preseason tournaments in the country,” added Tinkle. “The tourney field is loaded with top level teams year in and year out, and we hear the hospitality is unmatched!”
First-year coach Micah Shrewsberry welcomed the opportunity to have Penn State play in the tournament as well.

“We’re excited to be a part of this year’s Emerald Coast Classic and know that the strong field of teams will be great non-conference tests for our team,” said Shrewsberry. “The tournament will give us the opportunity to compete against some of the top teams in the country and I know our group will be looking forward to bringing their best down to the Emerald Coast.”

For more information, including a full programming schedule, go to www.cbssportsnetwork.com. 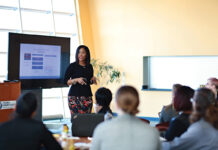 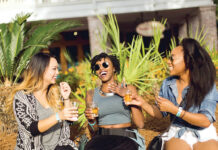