In just three months, nearly 200 divers searched and removed thousands of lionfish from our waters – bringing in a whopping 25,299 lionfish, the most since 2018. Further, this year’s tournament broke the record for the most participants in the program’s history with 707 registered divers.

The Lionfish Challenge, an FWC program, is sponsored by FloGrown, and open to competitors throughout Florida. It challenges divers to kill lionfish, an invasive species that threatens to crowd out native fish. Since they’re covered in venomous spines that can inflict painful stings, harvesting them usually requires a spear or slingshot, although nets are also allowed. The goal is for participants to remove as many lionfish as they can in just 3.5 months. It’s free to enter and participants can compete for the title of the Lionfish King/Queen or Commercial Champion anywhere in Florida.

Lionfish can be found year-round off our coast, though no one really knows how they arrived. Native to the Red Sea and the Indo-Pacific, there’s a theory that aquarium owners have been releasing them from home aquariums for about 25 years. (Source: National Oceanic and Atmospheric Administration)

According to the FWC, lionfish are known to prey on more than 70 marine fish and invertebrate species. They also compete for food with native predatory fish such as grouper and snapper, which are vital to the commercial fishing business. 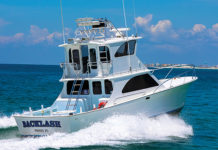 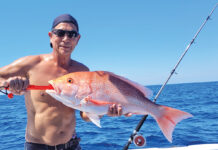 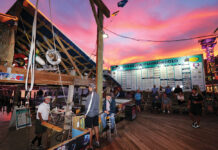