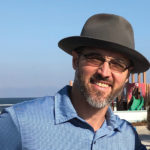 I love the comedy skit “Who’s on First” by Abbott & Costello. I remember the first time I heard it – I was a young kid who loved baseball and loved to laugh. When I heard the routine, I thought it was genius!! So, what does this all have to do with insurance and claims? EVERYTHING!! Because hearing is passive, we hear noises around us all the time and don’t react, but listening…listening is an art – more accurately, a skill. If you don’t listen, you miss the whole joke of the best baseball comedy routine ever, and you better believe, insurance companies spend a considerable amount of energy and resources to “listen” to what you’re saying when you file a claim to eliminate fraud.

For example, when you call your insurance company to make a claim or talk to someone, what comes on the line and greets you most often is a statement like or very similar to: “This line is recorded to ensure quality and customer service.” Now, because we hear that a lot nowadays, we get used to those disclaimers and really don’t hear the nuance of what’s being stated: “By listening to this message and continuing this call, YOU consent to OUR listening to and the recording of everything you are going to say; and what you say, can, and will be used in our investigation of your claim.”

This article isn’t a scare article or an article about how big and bad insurance companies are. On the contrary, the reason I wanted to write this piece is to help people understand that words are powerful, powerful enough to cause good claims to go bad and get denied because someone said something that someone else didn’t agree on.

An examination under oath is exactly what it means, an examination under oath (commonly known as depositions) where everything you have, are and will say are being recorded to later be fact checked, further investigated, used to determine whether or not those being deposed will make for good witnesses (for or against the claim), and whether or not, based on the testimony and other “evidences” collected, if this claim should defended in court with a jury of peers or settled now.

On the side of the insurance companies, active listening is a skill that carrier reps and adjusters are well versed in. There is a great deal of training on how to listen to an insured telling their side of events, and how to interpret what the adjuster has just heard, against non-verbal clues that may be telling a different story. This is the first line of defense for a carrier against fraud. And because insurance fraud is real, methods on detecting fraud are paramount to an insurance carrier’s health and solvency.

This is important, because unless a policy is a named peril policy, all other insurance policies provide coverage for everything (unless excluded). And when a claim is filed, it is not the duty of the insured to prove what happened for coverage to be granted, but the duty of the insurer (your insurance company here), to prove your claim is not valid. So, if you were an insurance company, what would you do to save money all while in the name of good and fair claim settlement practices? You guessed it…Stop Fraud!

So, if insurance personnel and claims reps are trained in the art and skill of active listening, then it only makes sense to help develop that same art and skill when speaking to those who are really listening to everything you have to say. Because when you take the time to really listen to what people are saying, you can better gauge how your words will be perceived. And words make all the difference in the world. Words make a difference between coverage and denial. Words are what your policy is made up of and it’s those very words that are argued against by highly skilled and trained “word smiths” (otherwise known as attorneys), who use more words to prove their point that your claim may or may not have value. 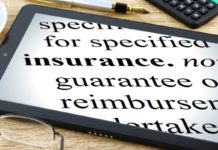 Condominium Insurance and the Value of a Customized Unit Owners Policy 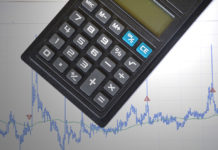