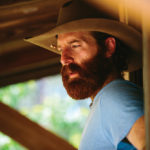 Morning on an American interstate. A caravan of large bucket trucks travels southward. There must be a hundred of them. Maybe more. These are utility workers.

Hurricane Ida plowed into Louisiana like a Peterbilt semi yesterday. These trucks are heading to ground zero to join the 25,000 other utility workers who are already in the Bayou State restoring power.

The trucks’ running lights are on. Their hydraulic lift buckets wobble from highway speed.
The men and women behind the wheels are preparing for weeks of sleepless nights, mechanical failures, possible accidents, wet weather, convenience-store suppers, cheap hotels, and video calls home—provided there is cell service.

A little boy in the backseat of a passing minivan with Florida tags waves at one of the truck drivers. The lineman waves back.

The boy’s mother cranes forward. She mouths the words “Thank you” in hopes that the utility worker can read her lips.

He can. He replies with a thumbs up.

I live on the Gulf Coast. Hurricanes are part of our life. When Opal hit, for instance, it crippled us. And yet, amazingly, it only took 24 hours for hordes of electrical workers to arrive in our town and restore our power so we could all get back to watching daytime television.

The workers came from far-off places like Maryland, Texas, Ohio, or Pennsylvania.
My aunt was so grateful to the linemen working on her street that she brought them sandwiches each morning. Other neighborhood ladies made cookies and deviled eggs.

Elderly Miss Elaine made her infamous Green Jello Salad of Death. I would have warned the lineworkers not to eat the stuff, but it was too late.

And I’ll never forget when Hurricane Ivan smashed into our area a decade later. I was a newlywed, living in a one-bedroom apartment. Our building had no storm shutters, we were in a flood zone, emergency vehicle sirens blared, people screamed out for help, and I ran out of beer.

All anyone could do was cover their windows in duct tape and hide. Friends lost homes, cars, animals, trees. Ivan pommeled us like we’d insulted his mother.

Once again, the next morning, our little world was flooded not only with water, but with bucket trucks.

So yeah, whenever I see a parade of utility vehicles I get a little emotional. Namely, because these workers don’t have to be doing what they’re doing.

Utility crews have some of the most dangerous jobs in the world. Out of every 100,000 workers, 30 to 50 die. Some are victims of explosions. Others lose limbs or get burned. Electrical work is not for wimps. This type of labor is not a job, it’s a calling.

My friend Chad’s father is a retired lineman. Chad said he grew up going to too many funerals. His mother was always wondering if the next memorial service would be for his father.

“Whenever my dad would leave for storms, there was always that question of whether he’d come back to us in alive or in a box,” Chad recalls.

When Hurricane Michael hit a few years ago, I was out of town. One afternoon my hotel TV showed the eye of the storm making landfall 33 miles from my front door. The next morning, the national news showed images of a decimated Panama City, which is located in the county adjacent to mine.

Anyway, I left my hotel that morning and sped home. The only problem was, everyone else did, too. So I was stuck in a traffic jam stretching from the Panhandle to Seskatchewan. I sat in a cloud of exhaust for over six hours.

I will never forget when, at about midday, I saw orange flashing lights in my rear view mirror. A long line of bucket trucks was on their way to my Gulf Coast home. Diesels roaring. Earth rumbling. Cars pulled to the shoulder to let them pass.

It nearly made me cry.

I remember passing one particular truck in traffic later that afternoon. The driver was young, his window was rolled down. He was sunburned and as lean as a two-by-four. Music blared on his stereo. He spit into a Mountain Dew bottle.

At a red light, I rolled down my window and asked where he was from.

But he couldn’t hear me, his diesel engine was rumbling too loud. The young man just tapped his ear to indicate that I wasn’t getting through. So I shouted two familiar words of gratitude as loud as I could.

And it’s funny, even after all these years I find myself hoping this nameless young man could somehow read my lips.

But more importantly, I hope all utility workers in this country know how sincerely I am saying those same two words right now. 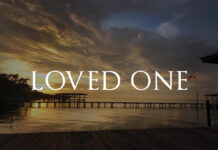 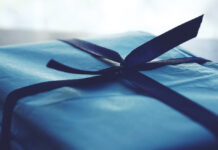 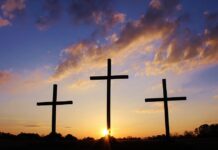 A Pastor’s Ponderings: Passed From Death Unto Life