I am writing from a plane that is stuck on a runway. It’s raining. Hard. I have a screaming baby behind me. Angry passengers surround me.

I have to be in Atlanta tonight to catch a plane home, but it’s not looking good.
We have been on this god-forsaken plane for an hour, waiting out a storm. People are fussy, children scream, a man barks at a flight attendant.

A pilot talks on the loudspeaker and says we will be grounded.

People boo. A few cuss. One man throws a rotten tomato at the cockpit.

The pilot intercoms again. He says that after three hours, the government mandates he take us back to the airport.

Because the only thing worse than sitting on a plane with loud infants and people carrying exotic strains of deadly viruses would be going back to the airport and sleeping on the hard floor beneath a television that blares 24-hour news.

“Well this sucks,” says the old woman behind me.

I am texting my wife because it looks like I am not going to make it to Atlanta until tomorrow.

The pilot taxis back to the terminal. People moan. The storm is getting worse. The rain sounds like gravel on a shed roof. We’re finished.

At the last minute, the intercom dings. The captain says there is a slight break in the weather, and we are going to “give it a shot.”

Those are his exact words, which terrify the chicken salad out of me. You don’t ever want to hear “let’s give it a shot” uttered by your pilot, your dentist, your thoracic surgeon, or your tattoo artist.

Then again, anything is better than sleeping on the airport floor.

So people applaud, some cheer. The nun is whistling like she’s at a ball game. Even the screaming baby is giggling and filling his diaper with glee.

The engines roar. The plane rolls forward. In a few seconds, liftoff.

Soon, we are riding through dark clouds and storms. Thunder. The rain hits hard. No visibility. Then, in one moment, the storm disappears. And I just wish you could see what I’m seeing from my window seat.

We are miles above the earth. We are above the storm.

The sky is no longer dark but it’s blue. The clouds are golden, kissed by sunlight. It’s magnificent. If I didn’t know any better, I would think I was trapped within the opening credits of “Highway to Heaven” starring Michael Landon and Victor French. I can’t believe this beauty was above us the whole time.

People applaud again. We have exited Hades simply by flying through it, entering something that looks like the primetime-TV version of the afterlife.

And even better, we are going to make it to Atlanta tonight.

I can’t help but feel a swell of emotion about this. Because there is a metaphor here somewhere.

When I was a boy my broken family went through some dark times. Cloudy times. I don’t want to talk about it here, because it’s not happy stuff. But during childhood the world went gray.

As a boy, I truly felt as though the color had been sucked out of the world. Even today, when I try to recall my childhood, I cannot bring up a single vivid blue sky in my memory. Not one. It’s all gray and blah.

I suppose if you would have asked me then I would have told you that there were no such things as pretty clouds, or colorful sunsets, or smiling people, or applause on airplanes, or the happy face of a baby when he releases a deadly aroma into the recycled air of a pressurized aircraft cabin.

But that was then, and this is now.

Now, I see clouds from the topside. Now I know the sky is actually blue above the storms.
There is a particular cloud beneath our plane. Everyone is looking at it. The cloud looks alive, with wings. It moves back and forth like it has a mind of its own.

People are taking pictures of this beautiful cloud with cell phones. Videoing. And it’s hard to believe that this pretty formation is actually the same storm cloud that made us miserable, only now we’re seeing it from the reverse angle. It looks almost heavenly from this view.
I have learned something in my adulthood. Something you probably learned long before I ever did because I am slow. There are two worlds. The world I see. And the world I don’t.

Sometimes it rains. Sometimes the pilot says you’re grounded. Sometimes everything goes wrong, and all hell breaks loose. Sometimes it feels like nobody cares about how badly you hurt.

There will be a break in the weather. Your pilot will say, “Let’s give it a shot,” and the plane will fly through a paradise of clouds that will blow your mind. If you’re lucky, you might even see Michael Landon and Victor French.

Either way, one thing is for certain, you will get past this storm. And you will make it to Atlanta. 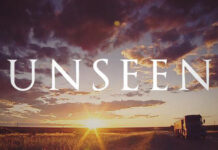 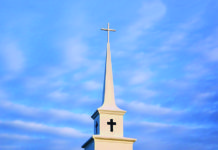 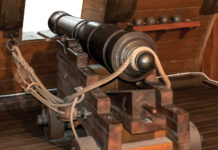