Recently, the name and the official role of the Air Force’s newest fighter was unveiled at Eglin Air Force Base. Lt. Gen. Duke Richardson, Office of the Assistant Secretary of the Air Force for Acquisition, Technology, and Logistics military deputy, presented the F-15EX Eagle ll during an unveiling and naming ceremony on April 7 to celebrate the historic arrival of the dynamic new fighter aircraft.

“Undefeated in aerial combat, the F-15 Eagle epitomized air superiority in the minds of our enemies, allies and the American people for over 45 years, but it was not meant to fly forever,” says Lt. Gen. Richardson. “At an average age of more than 37 years, the F-15C/D fleet is fast approaching the end of its useful life and operating on the margins of structural integrity. The F-15EX provides a cost-effective and expedient solution to refresh the F-15C/D fleet and augment the F-15E fleet to meet National Defense Strategy capability and capacity requirements well into the 2040s, while preserving aircraft availability from significant impacts that service life extension and modernization programs would have on the F-15C/D fleet. We heard the demand signal from our warfighters. I’m pleased to say we’ve responded boldly and decisively, with a proven platform that’s modernized and optimized to maintain air superiority now and into the future.”

The U.S. Air Force officially accepted the first F-15EX from the Boeing Co. March 10 at the company’s St. Louis facility. But the process began several years ago as a combined Air Force effort to bring the best in response capability. “It has taken a team effort to get to this point,” says Col. Sean Dorey, F-15EX program manager with the Air Force Life Cycle Management Center’s Fighters and Advanced Aircraft Directorate, responsible for the acquisition, modernization and sustainment of the aircraft. “I’m extremely proud of the team, to include members of the Propulsion Directorate, Simulators Program Office, Air Combat Command, Air National Guard, Air Force Materiel Command, Defense Contract Management Agency, the Air Staff, and our industry partners for achieving this first milestone.”

The EX provides a unique opportunity for the test enterprise as it is the first Air Force aircraft to be completely tested and fielded through combined developmental and operational test efforts. Its official role is to meet capacity requirements while bringing diverse technology ensuring the platform’s relevance for decades to come. The 96th TW and the 53rd Wing are set to begin test and evaluation efforts. The 85th Test and Evaluation Squadron will work closely with the 40th Flight Test Squadron to integrate testing, from start to finish. “Team Eglin and the 96th Test Wing are proud to be a part of the rich history of this legendary aircraft,” says Brig. Gen. Scott Cain, 96th Test Wing commander.

The new fighter is a two-seat aircraft—though operable by a single pilot—with fly-by-wire flight controls, digital cockpit displays, and advanced avionics systems, to include the Eagle Passive/Active Warning and Survivability System, an electronic warfare upgrade also being fielded on F-15E Strike Eagle models. The Air Force will procure up to 144 F-15EXs from Boeing, to replace F-15C/D models with a goal of increasing the F-15 fleet fighter readiness. “With its large weapons capacity, digital backbone, and open architecture, the F-15EX will be a key element of our tactical fighter fleet and complement 5th-generation assets. In addition, it’s capable of carrying hypersonic weapons, giving it a niche role in future near-peer conflicts,” says Col. Dorey.

The other six Lot 1 aircraft will be delivered to Eglin AFB in fiscal year 2023 and will undergo operational testing. To expedite the testing needed to declare the F-15EX ready for operations, the team will use previous testing data from F-15 foreign military sales variants and U.S.-only subsystems and Operational Flight Program software.

“Since 1985 the F-15 has had a home in the Guard and Guard Airmen have flown these amazing aircraft both in the defense of the homeland and in every major international conflict since the first Gulf War in 1991,” says Lt. Gen. Michael Loh, ANG director. “Now that is the battle-tested legacy of Guard F-15s – first to the fight, always ready and always there.” 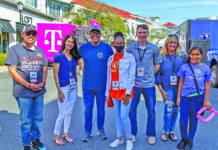