Lots of people turned to bird watching during the past year, seeking enjoyment and relaxation. Tree swallows, bluebirds, finches and other birds are doing their part to lift human spirits. 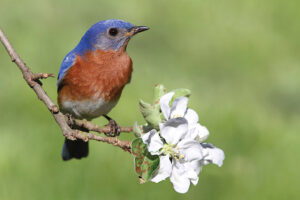 Many of our area locals participated in The Christmas Bird Count, the longest running citizen-science program that provides data useful for scientists to evaluate population fluctuations and trends. This year was the 121st Count (nationally) since the program began.

In the 1900’s, hunters engaged in a holiday tradition known as the Christmas “Side Hunt.” Whoever brought in the biggest pile of feathered (and furred) quarry won. Conservation was in its beginning stages in that era, and many people were concerned about declining bird populations. Beginning on Christmas Day 1900, ornithologist Frank M. Chapman of the then-nascent Audubon Society, proposed a new holiday tradition, a “Christmas Bird Census,” that would count birds during the holidays rather than hunt them.

In the Destin/Niceville/FWB area, 126 species of birds were seen by 28 people on December 19, 2020, during the Choctawhatchee Audubon Christmas Bird Count (CBC). The annual CBC is held nationally during a two-week period near Christmas and organized by the National Audubon Society.

Several uncommon birds were observed including a male Black Scoter (a duck), a Ruby-throated Hummingbird and two Rufous Hummingbirds at feeders, a Semipalmated Plover, a Spotted Sandpiper, a Lesser Black-backed Gull, a Black Skimmer, a male Vermilion Flycatcher at the FWB Recreation Center, four Red-breasted Nuthatches and two Purple Finches (a good year for both species so far south), two Yellow-throated Warblers, an Indigo Bunting, and one species never before recorded for our count, a Western Meadowlark.

Our day was sunny and calm with the temperature between 45º and 63ºF. Our 19 birding parties covered 45.4 miles on foot and while driving. We spent 63 hours of daytime birding and three hours of owling (at night). For Covid-19 safety precautions, we social distanced, had no public gathering, and birded alone or with immediate household members.

What is normally a social event, which pairs volunteers new to birding with more experienced birders, had to be altered this year. Carpooling outside related family members was discouraged, and the count zones were divided into smaller areas.

This year we skipped our wrap-up chili dinner and lost the opportunity to share each other’s company and sightings. But, we looked for birds within a Count Circle, which locally is a 7.5-mile radius from a point south of the Destin Fort Walton Beach Airport. We do not try to count every bird in the Count Circle; instead, we count birds and keep track of our time and travel so that scientists can study numbers of birds per hour and miles of birding.
We counted 5463 individual birds. This is unusually low; during most years our counts of about 28 species each average more than 200 birds. This year we counted more than 200 birds for only six species: Double-crested Cormorant, Brown Pelican, Laughing Gull, Eastern Bluebird, American Robin, and Yellow-Rumped Warbler.

Our counts of about 100 species were low compared to their average counts over the history of the local count (likely attributable to our reduced hours). However, our counts of two species, Tree Swallow (97 counted) and Eastern Bluebird (213 counted), were much higher than the local averages.

The Christmas Bird Count is only one of the fun bird outings that people participate in. Next up is the worldwide Great Backyard Bird Count this month. Until last Spring, the Choctawhatchee Audubon had led free local morning field trips during non-summer months. We hope to resume field trips in the Fall. We welcome participation in any of our events from all interested parties. For information visit our websites:
www.ChoctawhatcheeAudubon.org and www.facebook.com/choctawhatcheeaudubon/ To view the historical data for all Bird Counts, go to netapp.audubon.org/cbcobservation. 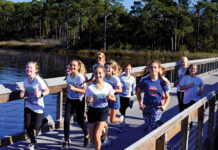 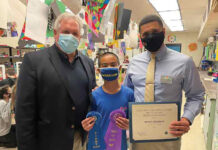 Benefits of Having a Service Dog