I recently watched the movie ‘Greater,’ a true story about Arkansas Razorback football player Brandon Bullsworth. When he was in junior high, his football coach told him that he would never amount to anything. He proved that coach wrong and became a standout high school player. But when he tried out to play college football, he was told by his beloved Razorbacks that he was too small to play in the SEC. Brandon proved them wrong, too, and went on to become an All American at Arkansas. In addition to his football success, Brandon lived an extraordinary, but sadly short life that inspired many.

The great Vince Lombardi said, “Perfection is not attainable, but if we chase perfection, we can catch excellence.” Brandon Bullsworth found excellence in football and life.
As businesspeople, we should be like Bullsworth and chase perfection. We should strive to be extraordinary. But how?

Author and historian Kevin Kruse studied some of the most successful people in the world to learn what made them excel. He interviewed entrepreneurs, Olympians, astronauts—extraordinary people from many fields. He wanted to know what made them ‘extra’ ordinary and he found it came mostly from the way they managed their time.

His research revealed 15 common traits of these extraordinary people and resulted in his best seller, 15 Secrets Successful People Know About Time Management. Here are those 15 secrets:

They focus on each minute of each day. They do not block out hours or half hours on their calendars, they block minutes. They make each one of the 1,440 minutes in each day count.

– They focus on one thing. As Gary Keller said in his seminal work, The One Thing, “Multitasking is a lie.” Do one high priority task at a time.
– They do not have ‘to do’ lists. Rather, they put tasks on their calendar.
– They do not procrastinate. Kruse says that your future self will let you down. Do it now.
– They make it home for dinner. Life is about priorities, and family should be high. Very high.
– They use a notebook. Studies have proven that the act of writing notes makes you three times more likely to remember something, even compared to typing.
– They check email no more than three times each day and then only for 21 minutes per session.
– They avoid meetings ruthlessly. And when they have meetings, they start on time, have and follow an agenda, and end on time. There is no other way to have a meeting.
– They say ‘no’ to almost everything. They know that every yes is a no to something else.
– They follow the 80/20 rule. Also known as the pareto principle which states that 80% of outcomes are the result of 20% of activities, they know that done is better than perfect.
– They delegate almost everything. They never ask, “How can I do this?” Instead, they ask, “How can this get done?”
– They have theme days each week. Example: Meeting Monday, HR Wednesday or Financials Friday.
– They touch something only one time. If it can be done in 10 minutes or less, do it immediately.
– They practice a consistent morning routine. This time is not work; its focus is body, mind and spirit.
– They know that energy is everything. They live a life of rhythm, they nurture their mind, faith and body by not skipping sleep, meals, quiet time, exercise and other needs.

Be extraordinary. Chase perfection by using these time management practices. It is not as hard as you think. Jimmy Johnson said, “The difference between ordinary and extraordinary is that little extra.” 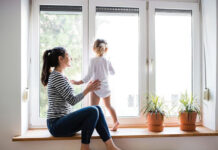 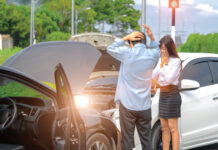 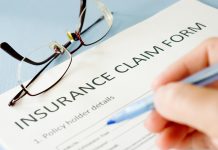