So, you’ve heard the stories, watched the news, shaken your head in disbelief, thought about the tragedies and wondered, “What would I do if that happened to me or my family?” If you’ve never been in that situation, all you’ve really experienced is someone else’s loss and how they dealt with it.

Some people come away from flood loss forever changed and others come away from flood damage like it was just another day. Everyone deals with it differently. Unfortunately, what tends to happen is that those who are prepared mentally, physically and financially always seem to be on the end of the scale tipping towards working through flood loss better than others. Not to say that floods don’t take a toll on those individuals, but as I’ve seen many disasters affect countless people, it’s when you’re taken by surprise or weren’t prepared that those types of losses hurt most. Even though most disasters happen quickly and without notice, there are still steps that can be taken to prevent a major loss to your home or business, your heirlooms, keepsakes and non-replaceable items. Not all steps are perfect, and the reality is there are some things you just can’t prepare for or prevent; but those things are beyond your control. So, it’s important to prevent things that can be prevented against such as floods, water damage, broken plumbing pipes, roof leaks, mold damage, smoke damage, fire loss and theft.

Over the last 18 months or so, historical flooding across the country wreaked havoc in Texas, Florida and the Carolinas. So much water dropped in Texas that it measurably compressed the earth! With boots on the ground, I talked to countless people and heard the same stories over and over again. “We don’t live in a flood zone. We didn’t think we needed flood insurance.” And with that, all their energy, life savings and future hopes of living in their homes and working on their businesses came into question. People were crying in their driveways, wringing their hands, going through the motions of where to get food, where to find water, where to sleep, where to find cloths; more that 70% of recent flood victims affected didn’t have flood insurance.

According to a survey just released by CoreLogic, 29 million people are at risk of flood damage even though they are outside historical flood maps:

– Nationally, 29,437,151 properties, or 23 percent, are outside a designated SFHA despite being at what CoreLogic rates as high or moderate risk of flooding.

Flood loss happens quickly, but you can take steps today to prepare:
• Keep things elevated. (Get storage shelves and keep valuables at least 4′ off the ground.)
• Keep records and valuable documents sealed in water tight containers.
• Photograph your property annually or semi-annually to make sure you can report damages accurately.
• Have an emergency preparedness evacuation plan.
• Make sure you have the right insurance for any disaster.
Most importantly – if you have questions about your policy or coverage, contact your local insurance agent or other insurance professional to help you understand what you’re covered for.

“There is a tomorrow after a disaster, and it’s sometimes hard to remember that in the midst of it.” -Sheri Frank (Journalist) 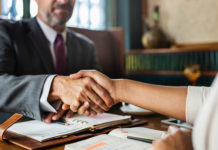 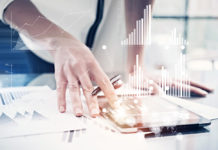 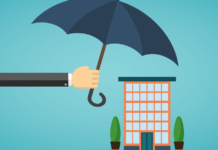